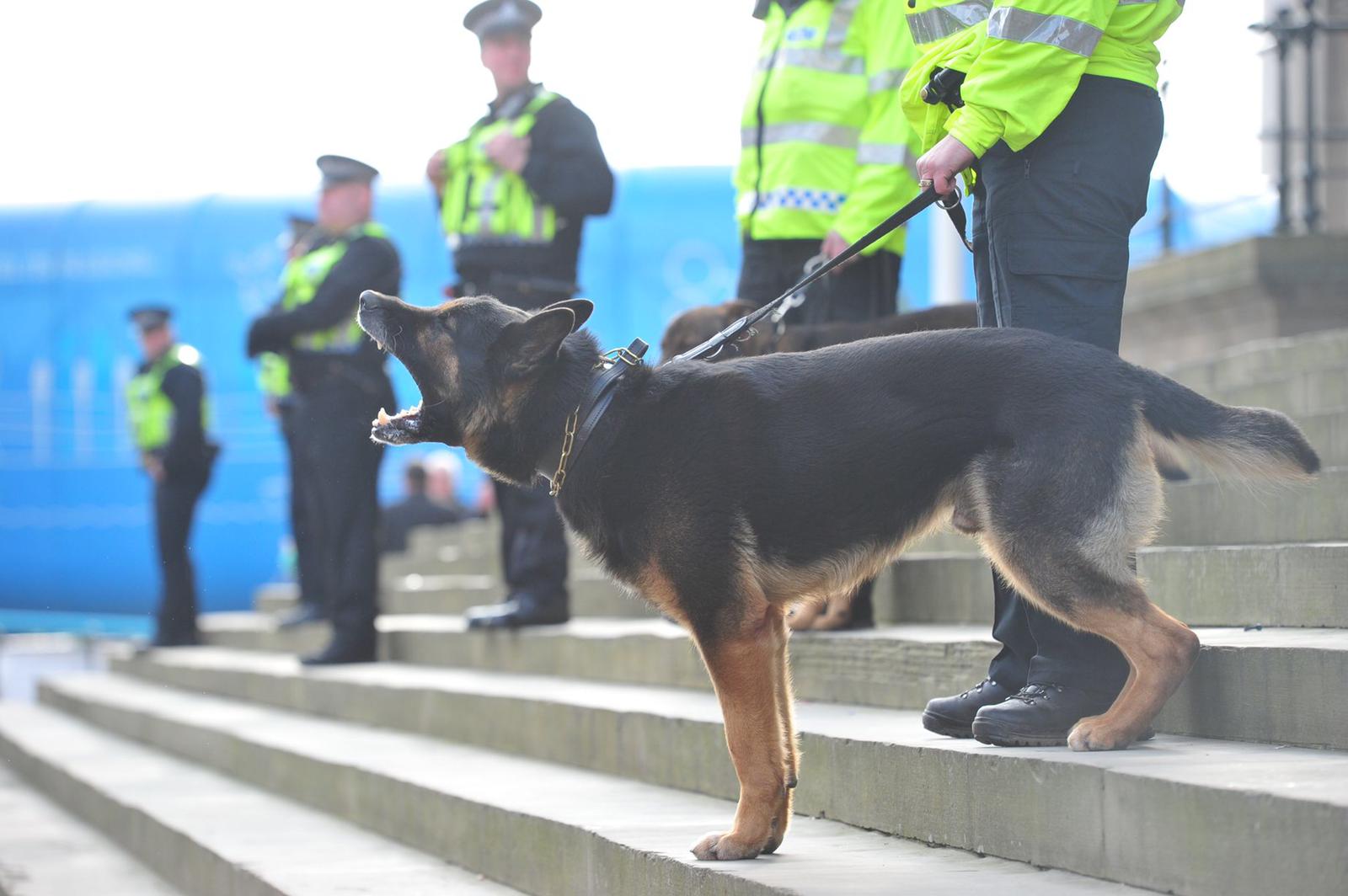 Retired Police Dog Tango sadly passed away at home last week after he came in to see us the previous week for emergency surgery.

Tango was presented for not being his usual self and a bit lack lustre. After examination and bloods it was discovered he had an abdominal bleed. That same afternoon surgery was performed to remove his spleen which had a tumour that had ruptured. In addition to the surgery Tango received a blood transfusion that was provided by the fantastic team at the Pet Blood Bank.

He made a fantastic recovery after surgery and went home in the following days feeling much happier.

Sadly, the tumour was diagnosed as being hemangiosarcoma. A malignant tumour that is especially common in German Shepherd Dogs.

Over the coming days Tango was able to spend time with his handler and family at home before he peacefully passed.

A tribute from his handler:

“I had Tango from 7 weeks old to train as my General Purpose Police dog. He was a real character, bold, big and very intelligent, everyone loved him.

He qualified as a Police dog in April 2012 and retired in September 2018. He was involved in numerous searches and deployments over the years, including many serious public order situations including the Far Right Rally at St. George’s Hall in Feb 2016. He recovered a live loaded firearm after a shooting where he tracked from the scene and located the weapon hidden in undergrowth.

He located many offenders over the years on Merseyside responsible for burglaries, thefts and violence offences. Too many to mention.

He was fearless with a big heart and made me laugh so many times because of his character!”

The Merseyside Police Dogs Benevolent Fund is a charity dedicated to supporting retired police dogs and helping to fund their veterinary bills. More information about the charity and a link to their donations page is available here.

Rest in Peace Tango, you legend!